Matrix International has realized, for some time now, the importance of being able to communicate through drawings without the aid of further interpreter. Infact all the products in the Ultimate collection have been expressed in graphic icons, which sum up in a clear image, the style of each piece of furniture.

At least once in a lifetime everyone has found him or herself in the embarrassing position of not being able to communicate with another person in a language that is almost or completely unknown. Feeling awkward like “Totò”*,without doubt, we mumble a series of invented words, gesticulating furiously and wondering why no one has invented a universal language.

Actually this wonderful language has existed for centuries, only that instead of being in sounds it is composed of signs and symbols. History books remind us of the expression of astonishment “mira, toros pintados” exclaimed by the daughter of Marcelino Sanz de Sautola, the speleologist, on entering for the Altamira caves for the first time. What should amaze us more than the actual discovery of these ancient rock paintings, is the intelligibility of these drawings over the centuries. Can we, today, define paleolithic paintings as a first example of infographics? Probably yes , because those signs that in the course of history have given way to writing have now once again become necessary.

This is highlighted by The Noun Project, a true, continually evolving online dictionary of words, verbs and phrases translated into symbols. The team behind this ambitious project, is made up of architects, designers and graphic designers; professionals whose work calls for continual expression in drawings. Although the need for this dictionary may seem directed towards certain sectors, it is infact an overall need because The Noun Project, has not only graphically summarized nouns and objects, but also everyday gestures and actions. The versatiliy of this kind of communication comes from the immediate image message received and understood by one and all.

Matrix International has also realized, for some time now, the importance of being able to communicate through drawings without the aid of further interpreter. Infact all the products in the Ultimate collection have been expressed in graphic icons, which sum up in a clear image, the style of each piece of furniture. While constantly working and collaborating abroad, Matrix felt the need to have images that could speak for its products before actually revealing them, without losing the project mood.

For this reason, during the 2010 Salone del Mobile (furniture exhibition), the walls of the Matrix International stand were covered with Matrix furniture in graphic form. Thus, each visitor was able to associate each piece on show with its icon and better comprehend the style of the object itself. The drawing of each single piece of furniture is studied until a perfect sythesis of the object and the bidimensional image is reached. The now perfect icons, have become a useful, guiding instrument when consulting the new 2011 catalogue.

Now we want to challenge you to match each symbol with a product, you will be able to distinguish between the “Sister” and the “KD04” chairs, at a glance thanks to their characteristic frames and you will notice how the icons of the “Wishbone” or “Xspider” tables emphasizing the design of their legs, allow you to already have a certain preference between one and the other.

This is the power of communication if linked to a good graphic design.

(*The Neapolitan actor famous for getting out of embarrassing situations in a way only Neapolitans can. ) 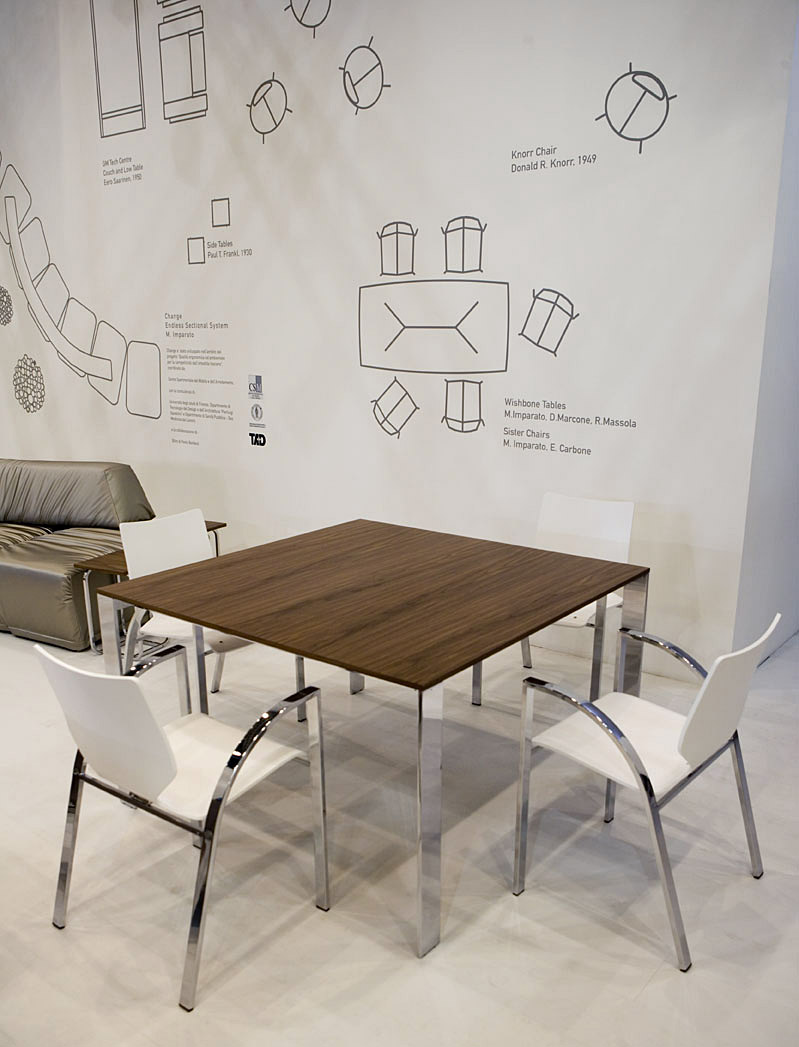 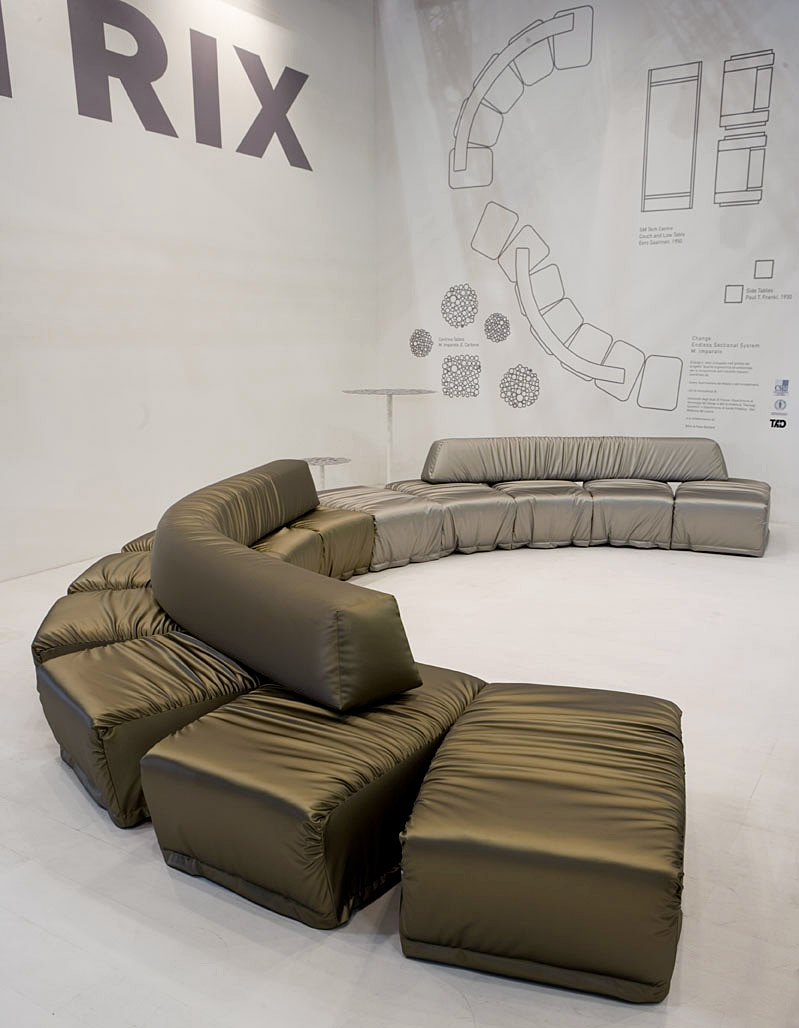 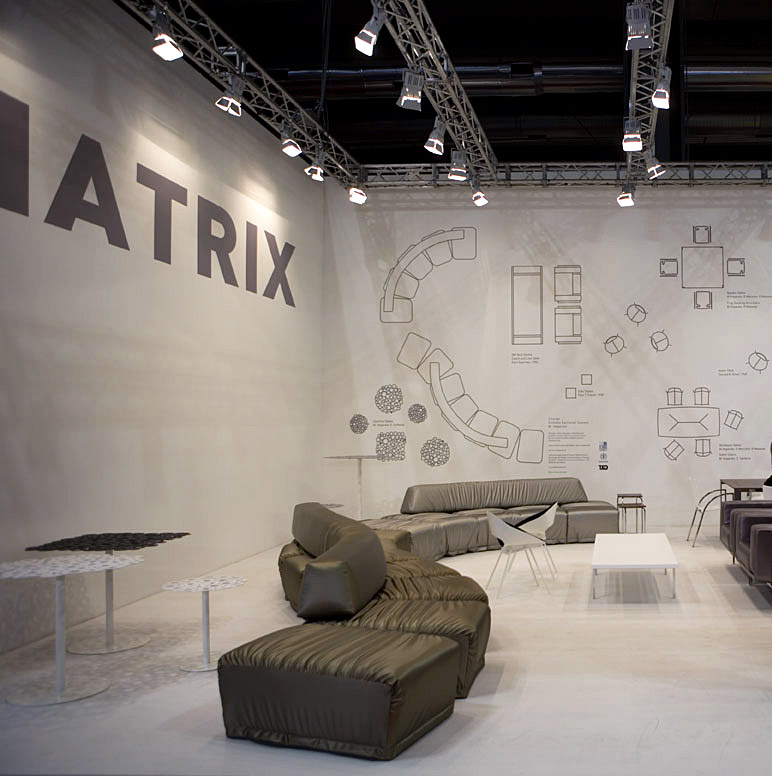 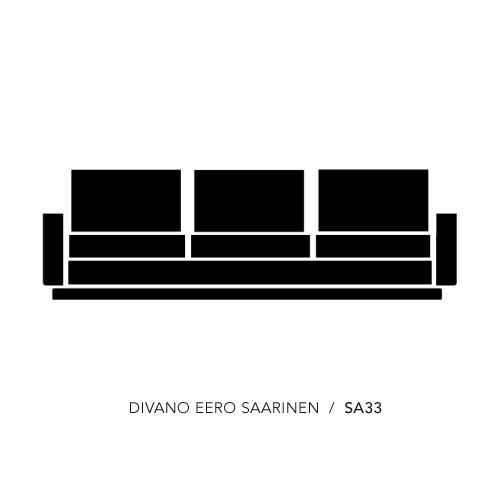 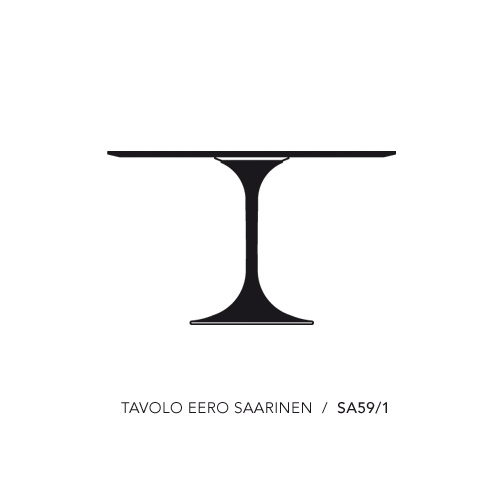 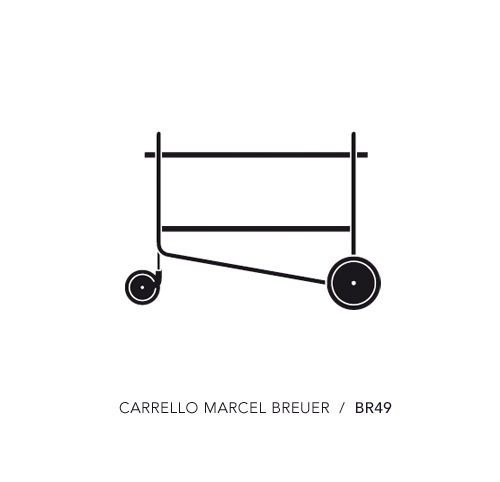 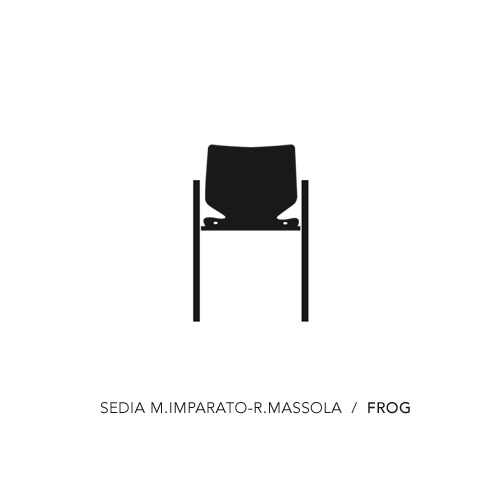